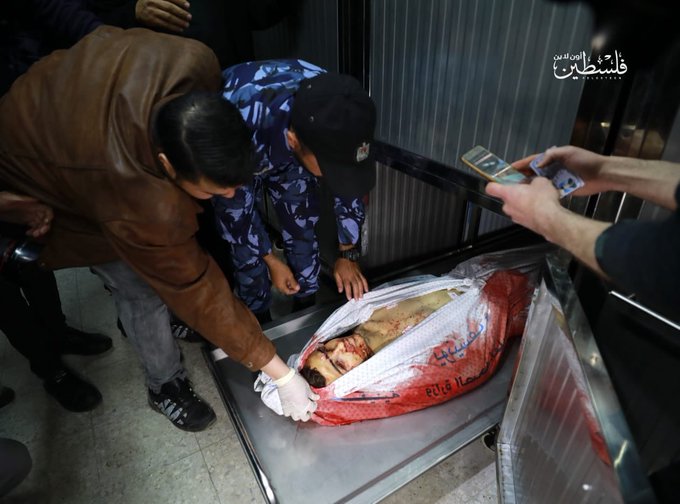 Israel’s occupation forces killed 2 young men and injured up to 181 people during the Great Return March in the besieged Gaza Strip on Friday March 22nd.

The two victims have been identified as Nidal Abdel Karim Shatat and Jihad Munir Harara. Shatat, who was aged 27 or 29, was shot in chest east of al-Bureij refugee camp while Harara, aged 23 or 24, was killed east of Gaza City.

Photographs show attempt to resuscitate Shatat in a field medical tent. Shatat, a resident of al-Mughraqa, was wounded about 17:20 and his body arrived to a hospital at around 17:40.

According to Islamic Jihad’s armed wing, the al-Quds Brigades, Harara was its member. He arrived to hospital wounded at 16:50 and his death was announced at 17:30. He was a resident of the al-Shujayea neighbourhood.

Of those injured, 3 are said to have been suffered serious wounds. According to one source, 62 people could have been wounded with live bullets alone, with 53 children, 5 women, 3 journalists and one paramedic among the 181 injured.

An ambulance was targeted with tear gas canisters and sound bombs east of Gaza City by Israeli occupation troops.