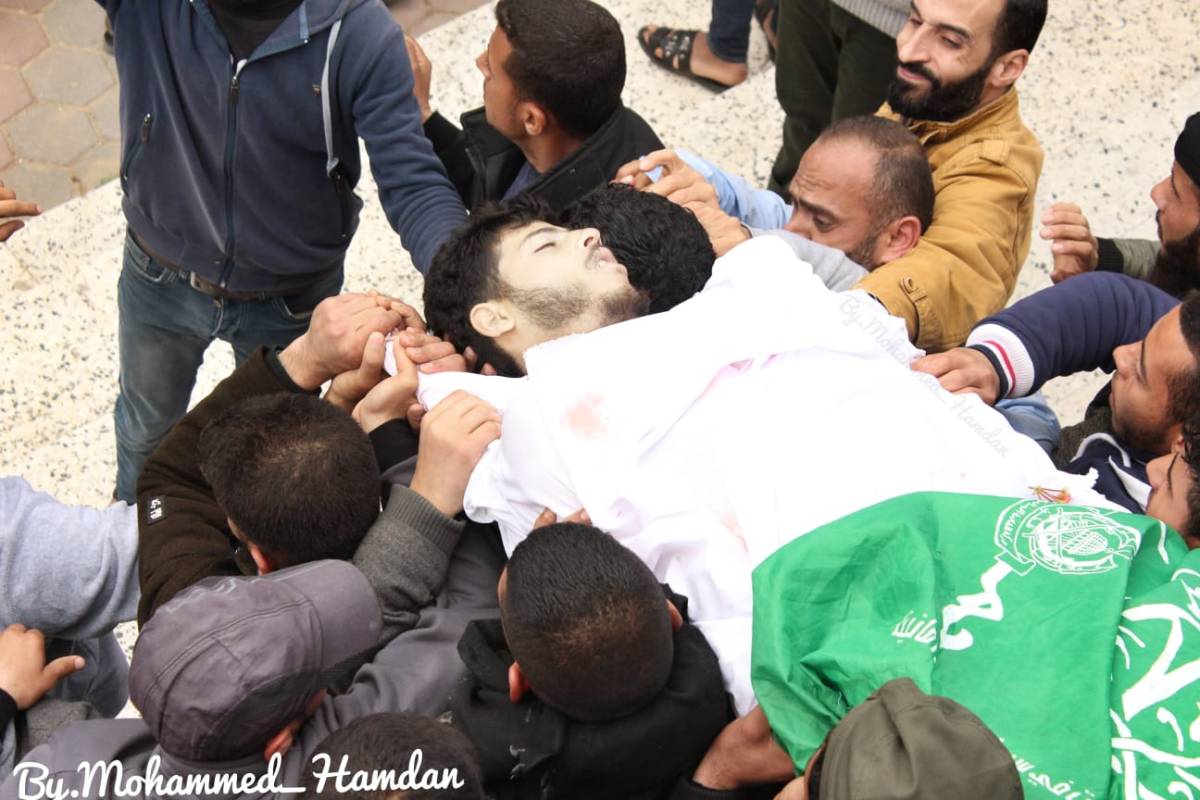 24-year-old Habib Masri was shot in chest with live ammunition east of Beit Hanoun late on Saturday and was critically wounded. He was first taken to a hospital in Jabalia and then moved to hospital in Gaza City because of his medical condition.

Efforts to save Masri failed and he died of his wounds at dawn on Sunday March 24th.

Funeral processions for killed Palestinian set off in Gaza

Palestinian Dies From Serious Wounds He Suffered In Gaza

Palestinian dies of his wounds in Gaza