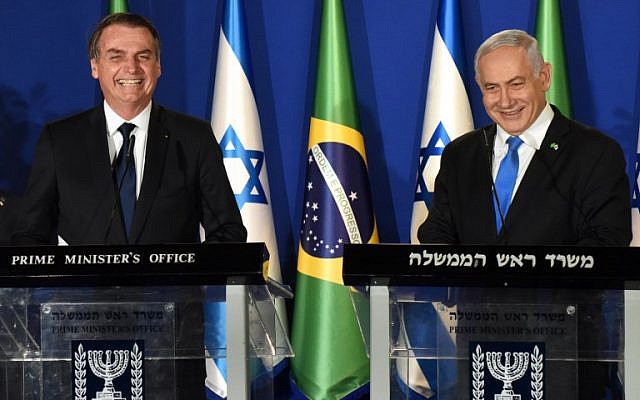 The decision by the genocidal far-right president Jair Bolsonaro to move Brazil’s embassy in Israel from Tel Aviv to divided Jerusalem is a further affirmation that identification with Apartheid Israel is an essential part of the current global Far-Right.

People who don’t stand on the ranks of the Fascists yet react with indifference to news like this, make a terrible mistake: Domestic and foreign policies are never separate realms but always two sides of the same coin.

Political leaders and parties which support racism, segregation and ethnic cleansing abroad will enforce similar modes of oppression back at home when an opportunity to do represents itself.

If you don’t care about this decision – and similar decisions and plans in other countries like Australia, Guatemala, Honduras, Hungary, Romania and the United States – yet are among those groups of people targeted by the regimes in those countries, then you are to blind to how those regimes see you and to the danger they present to you. 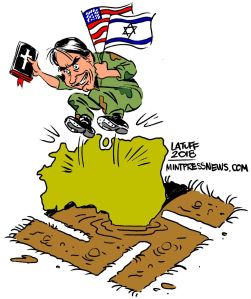 To Jair Bolsonaro all Brazilians who are not Christian right-wingers of European descent are effectively Palestinians and he wants to treat them like Apartheid Israel treats Palestinians.

It’s the same case outside Brazil: What Israel has done and is doing to Palestinians is what Israel-loving Far-Right everywhere wants to do to you if they don’t see you as one of their own.

To support Palestinians in their fight to survive and achieve freedom is to take part in the battle for your own future: It starts with minorities and other oppressed groups, but it will always reach you if you don’t stand side by side with those targeted first.