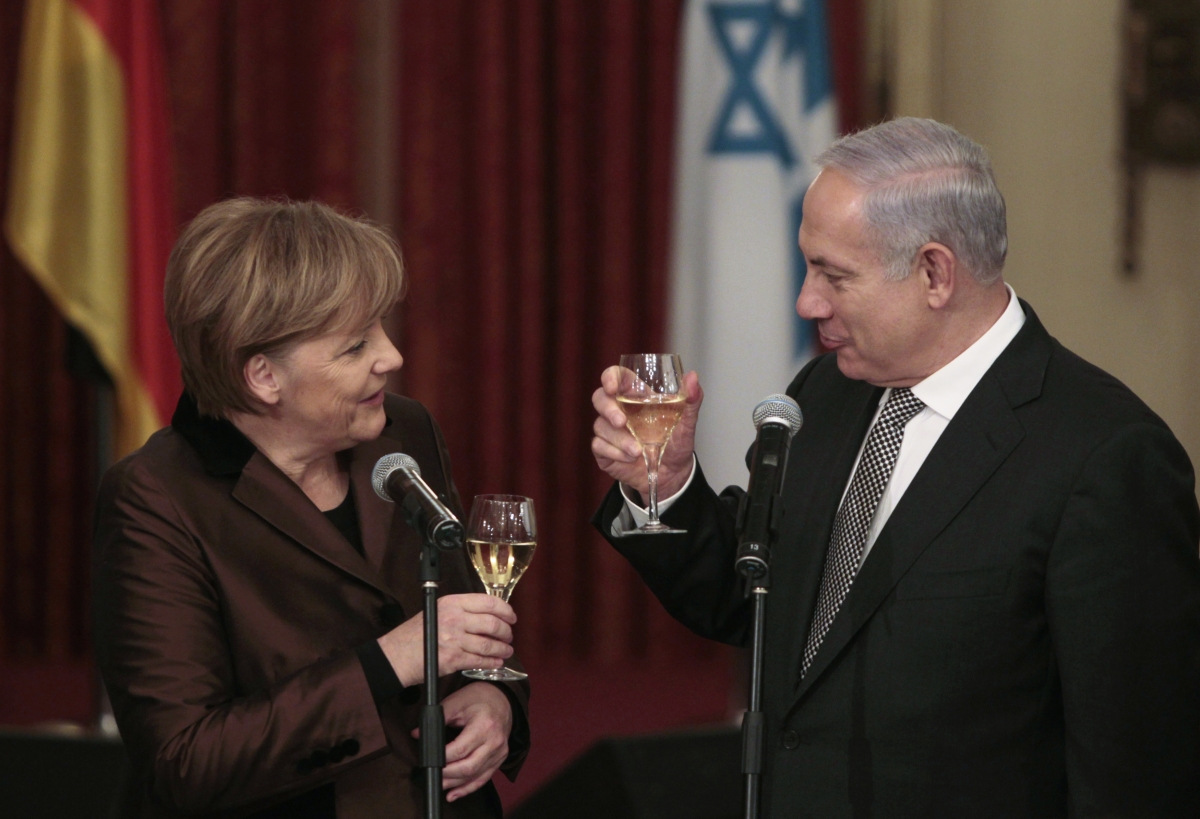 Germany is leading a charge to protect Israel’s regime from possible charges in the International Criminal Court by claiming that Palestine, a member state since 2012,

exists outside its jurisdiction, with Israel’s regime entitled to commit war crimes and human rights violations without any consequences.

This is not only an attack against the occupied Palestinian people, but a death blow for the International Criminal Court if it – as is quite possible – gives Israeli regime immunity. Why a death blow? Because creating a legal black hole in occupied Palestine will end up not being contained at Israel’s pleasure, but will end up growing to destroy the already badly weakened ICC.

THE FOUR MUSKETEERS FOR APARTHEID

Australia, Czech Republic, Germany and Hungary are petitioning the International Criminal Court in behalf of Israel, claiming that Palestine is not an independent state, which according to them – to cut to the essence of their laboured arguments – means that Israel enjoys full immunity from the ICC, and can commit as many war crimes and human rights violations as it wants without any consequences.

“Palestine does not possess nor did it ever possess the jurisdiction that it would need to delegate to the Court so it may exercise its jurisdiction.”

Palestine joined the Rome Statute of ICC in 2012 without any such protest from Germany or from the other countries now eager to speak in behalf of Israel’s regime – two of which, the Czech Republic and Hungary, recognize the independence of Palestine and has diplomatic relations with its government. 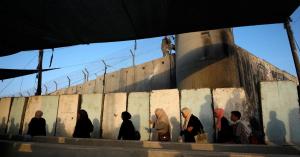 The European Union already tried to argue in 2004 that the World Court should not find the Apartheid Wall, which dissects occupied East Jerusalem and the West Bank, illegal. Why? Because according to the EU, Israel would build the Wall even if it was found illegal, so the Court should just declare building it legal… Israel does what it wants, so don’t oppose it. One judge – of course from the United States – agreed.

There is nothing new in here in that regard. This is just ‘logical’ continuation to the European efforts to shield Israeli occupation and the people behind it from the consequences of their own actions. But the consequences this time will be more dire, because they will not be limited to Palestine.

“…standing in the way of justice for thousands of Palestinian victims thus giving Israel green light to go on with its human rights violation over technical issues could endanger the security of every Palestinian alive.

Over the years Israel has killed thousands upon thousands of Palestinian civilians with hundreds of unarmed underage individuals amongst them.

…wasting time in making superfluous assessments over the scope of the Court’s territorial jurisdiction pursuant to Article 12 of the Rome Statute while war crimes in Palestine are being committed by Israel either through the continual bombardment in Gaza, the illegal settlements or the shooting of unarmed Palestinian individuals in violation of international law.”

The Palestinian Authority’s response, no doubt, will not have any effect on Germany. The German ICC move is in essence – and will be seen as such – also a sign of full German support for Israel’s annexation of over 30 % of the occupied West Bank. No doubt it has been planned as such.

Germany and the assorted little minions of Israel scurrying at the German heels are not trying to just protect Israeli occupation and those responsible for it. No, Germany is trying to kill the entire International Criminal Court.

Because that is what this will mean for the International Court if it obeys – the end. ‘No prosecutions outside Africa’ will end up meaning no prosecutions anywhere. ICC has no tprosecuted anyone outside Africa since it was founded in 2002. United States scared it to back down from investigations in Afghanistan last year – because beyond the Taliban, al-Haqqani network and other opponents of the US, there was a small chance that few of US allies and its own personnel might eventually face charges. 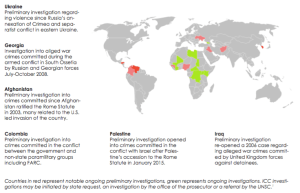 As a result, far more people than just Palestinians will suffer if Germany succeeds in pressurizing ICC to give Israel’s war criminals immunity. Look at the ongoing investigations at their various stages around the globe and see what Germany is ready to trade in for to save Israel’s leaders from charges. Charges that might be issued against them at some point in the middle of this decade, based on the glacial movement of ICC prosecutors even in the best of times.

Someone like the already elderly Benyamin Netanyahu(b. 1949) might well die of natural causes before charges are even brought, and if alive, could then avoid them for years as has Sudan’s recently deposed dictator Omar al-Bashir(b. 1944) – whose handing over to ICC, as preliminary agreed in Darfur peace talks by the transitional government in Sudan, could be endangered because of the erosion of ICC’s stature.

The very idea that Israeli politicians and generals could face charges in absence half a decade from now is apparently absolutely abhorrent to Germany, to the extent that it is ready to sacrifice the international law everywhere.

Protecting Israeli occupation and the leaders of Israel’s regime is more important to Germany than justice on a global level. The latter is sacrificed for the former with apparently no hesitation or lament.

Fatah calls on Prague, Berlin to avoid standing in the way of justice

Siding With Israel, Germany Says ICC Has No Jurisdiction in Palestinian Territories